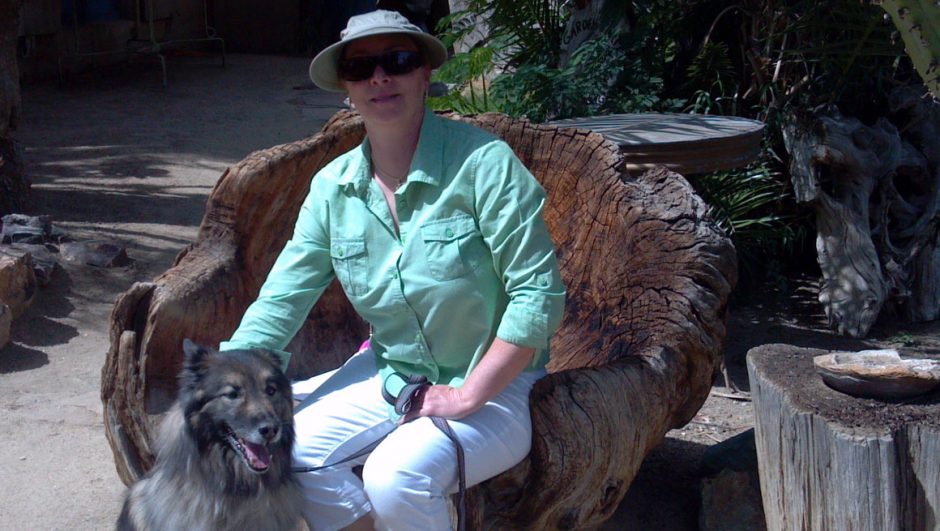 Barrie’s career in the pet profession began in high school. Her love for and desire to work with animals led her to enroll in the ROP animal care program. She elected to do her occupational training in a pet store where she learned all facets of small animal care, handling & rearing. Upon completion of the program, Barrie was hired and worked part-time through high school and full-time after graduation. She quickly worked her way up to manager. Her interests soon focused on dog training and dog behavior. Motivated by the needs of her many customers seeking  advice and/or a product to cure their pet’s problem behaviors,  she immersed herself in books & magazines on training & behavior.

Barrie observed dog training classes to hone her skills with her own already trained dogs.  During this period, Barrie was often asked by co-workers, friends & neighbors for help with their dogs.  Inspired by her  successes and the desire to help others, she responded to an ad by an established O.C. dog training company seeking trainers.

After an extensive interview at the age of nineteen, she was hired on the spot.  Her knowledge of behavior, developmental stages, basic training theory as well as an eagerness to learn was impressive enough for them to look past her youth. She left her managers position at the pet store, and after a 6-month apprenticeship and began training full-time.  Three years later she founded P.E.T.S.

Barrie has been a member of the Animal Behavior Society, American Rottweiler Verein, and the Rottweiler Performance Club (where she served as Secretary). She was sought after to do demonstrations and lectures for the Central R.O.P. animal care program.

She also served on the State Advisory Board for C.R.O.P. which reviews and established the course curriculum.  Barrie is currently a member of the Association of Pet Dog  Trainers(A.P.D.T.) and ,continues her education by attending seminars, lectures and by consulting with some of the foremost authorities on animal behavior and training.

In the past twenty years she has helped over 1,800 dogs of all ages, breeds, temperaments and various behavioral issues.  You can be assured Barrie can help you with your dog training needs.